Things You Didn’t Know about Montana

Things You Didn’t Know about Montana

OK, we’re biased. We think Montana is the most beautiful state in the union. We’re the Treasure State, after all, and our precious treasures of land, wildlife and people are our lifeblood. Here’s a few pieces of information you may not know about this fabulous place.

For a state with a small population, Montana has been the birthplace of some of America’s most beloved celebrities. The list includes:

Montana is for wildlife and wildlife lovers. You’ll see more wildlife here than in any of the contiguous U.S. states. The average square mile in Montana contains 3.3 deer, 1.4 pronghorn antelope and 1.4 elk. That’s a far greater number than the human population. Your wildlife mileage may vary.

The Montana Yogo Sapphire is the only North American gem included in the British crown jewels.

We’ve got plenty of snow, and Montana boasts the record for the largest snowflake ever seen – a whopping 15 inches in diameter.

The Most Extreme Temperature Range

Montana hold the record for the most extreme temperature range, with a recorded low of -70° F and a recorded high of 117° F. 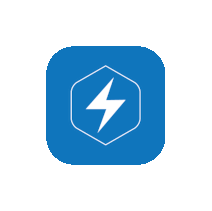 How We Qualify Renters